A unique treatment of melanoma with metastases in the Hadassah Clinic

A unique treatment of melanoma with metastases in the Hadassah Clinic

Prof. Lotem saved more than 200 patients with metastatic melanoma (3rd and 4th stages), who were not helped by leading experts in the United States and Europe

Professor Lotem started treating metastatic melanoma in its later stages in 2002, immediately after returning from the US, where she trained for two years in the Cancer Center of Bethesda (USA). The Professor studied Adoptive Cell Therapy (ACT) under the guidance of famous Prof. Stephen Rosenberg, who had created a new and currently very popular variation of ACT - the “TIL protocol”.

After returning to the Hadassah University Hospital (Jerusalem, Israel), where she has been the head of the Center for Melanoma Treatment and Cancer Immunotherapy since 1995, Prof. Lotem continued her research. Soon she created a unique adoptive cellular TIL therapy for metastatic melanoma treatment as well as an ACT-based vaccine, which provides preventive treatment.

The TIL protocol and vaccine for the treatment of advanced metastatic melanoma are currently used only in the Hadassah clinic.

To know more about the unique methods of treatment of melanoma used in Hadassah or book a consultation with Prof. Lotem, contact us.

Melanoma diagnostics: how does it work in Hadassah 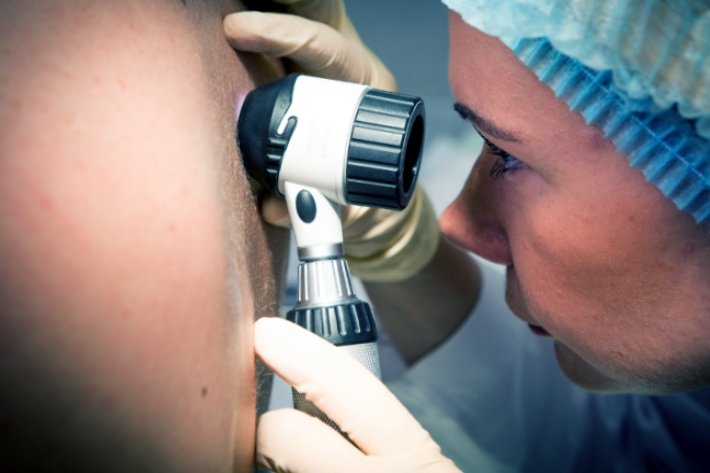 The process of melanoma diagnostic testing begins with the doctor's appointment. The doctors in Hadassah recommend visiting a dermatologist twice a year.

It is usually easy to recognize a melanoma: it looks like a brown, dark brown or black spot on the skin, a bulge on the surface of the skin in a place that was previously smooth. Sometimes the neoplasm can also bleed.

If the doctor detects a suspected skin lesion and understands that it is a melanoma, the patient has to undergo surgery to remove this region. But the first surgery is insufficient for diagnosis so a second operation is performed, during which a larger area of healthy skin around the removed tumor is taken. In the case of melanoma with penetration depth more than 1 mm, another operation is needed - a sentinel node biopsy. This step helps to figure out if melanoma which began on the skin has spread to the regional lymph nodes.

Melanoma might be caused by some hereditary traits. In this case, an early diagnostic can take place: a person whose close relative has or had melanoma should be observed by a dermatologist. Another problem is that some people have a higher risk of melanoma development due to sun exposure and sunburns.

How is melanoma treated at the Hadassah clinic 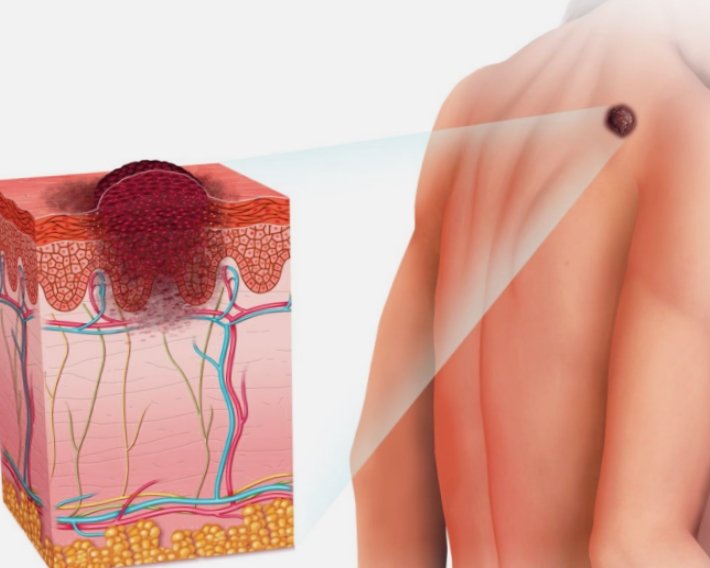 Every new patient in Hadassah is examined using computed tomography (CT) or PET-CT. If doctors see that melanoma has not only affected the skin but also penetrated internal organs, they first carry out standard medical procedures and then use the unique methods created in the Hadassah clinic.

Immunotherapy is a treatment when drugs enhance a patient`s own immune system's response against melanoma.

Targeted therapy is based on the molecular profile of a cancerous tumor. In order to offer the patient appropriate targeted therapy, it is necessary to test the molecular profile of the tumor. Such a test is performed at the Institute of Pathology of the Hadassah Clinic and it screens 50 different genes that can be affected by cancer. Thus, the patient can be provided with individually created treatment for the disease.

In Hadassah clinic, there are targeted therapy methods that are already registered by the health authorities of Israel, Europe and the United States, as well as new experimental medicines. According to the developers and experts these drugs might be effective, but they have not yet been approved and undergo clinical trial stage. Hadassah patients can get the most recent treatment, which will only go on sale in a year or two.

An additional benefit of participating in clinical trials for patients is the free availability of experimental drugs that are funded by the pharmaceutical company that conducts the trials.

Such clinical studies are safe, as doctors closely monitor the slightest change in the patient's condition.

The clinical trial inclusion criteria, first of all, is the patient’s good physical shape and condition. Usually, people bedridden, unable to self-service themselves, as well as those who have active metastases in the brain are not accepted for trials.

You can find out more about the ongoing clinical trials in Hadassah and the conditions of admission from our consultants.

What is the TIL protocol

TIL stands for "tumor-infiltrating lymphocytes" or, more precisely, "lymphocytes that have penetrated the tumor." These immune cells are extracted from the body through melanoma tissue biopsy. Such lymphocytes initially arrived in the tumor region so they are already “charged” to fight cancer. However, cancer cells are able to make the immune system lose recognition ability. Extracted from the area captured by the malignant process and multiplied T-cells regain the ability to recognize cancer and become stronger. After re-infusion into the body, the army of lymphocytes begins to fight cancer way more effectively. This procedure is carried out in collaboration with the TCM department and Prof. Polina Stepensky.

Melanoma TIL treatment is very effective and is gaining popularity in Israel these days. In Hadassah using this method, they achieve very good results, so the clinic takes one of the first places in the country in this area.

Cases of successful treatment of metastatic melanoma in Hadassah clinic

In 2012, Stuart Greenberg arrived in Hadassah with stage 4 melanoma that metastasized to the stomach. American best doctors refused to treat such a progressive state of cancer.

“In America, I had three appointments with three of the most reputable oncologists,” recalls Stuart, “and all three said that it was no longer possible to help me at this stage, I had only 3 months to live.”

Prof. Lotem took up the case, and Stuart got better.

In 2016 Stuart Greenberg performed at a gala concert in Atlanta, dedicated to the 100th anniversary of Hadassah, and felt great.

According to Stuart, American doctors still cannot believe that he is alive.

Hannah Rapaport from Israel is a Professor of the Department of Biotechnology at the University. Ben Gurion. In 2002 she was diagnosed with multiple malignant melanoma and estimated the chances of recovery at only 5%.

Hannah and her husband traveled around the world, visited many famous clinics, but they found salvation only in Hadassah with Prof. Lotem.

Now Hannah is out having a life, communicating with loved ones, and continues her scientific work and teaching.

“The melanoma vaccination program has existed in Hadassah for over 16 years,” - comments Prof. Lotem. - This is a sufficient period of time so that we have a solid perspective and consequently can draw conclusions not on allegations but based on long-term monitoring of patients whose immune response to melanoma was stimulated by a vaccine.

Now we can talk about a high percentage of cases of successfully preventing the recurrence of skin cancer. With no exception, all patients who have been vaccinated in our center are at risk — the likelihood of recurrence is very high. And when we assume that the vaccine works and we manage to prevent the disease relapse, this is the best result for us. We cannot wish for anything else! ”

If you want to know more about the melanoma treatment in Hadassah clinic, contact us.